Coping Mechanism – the harsh look inside the struggle of Lokust and Down3r! 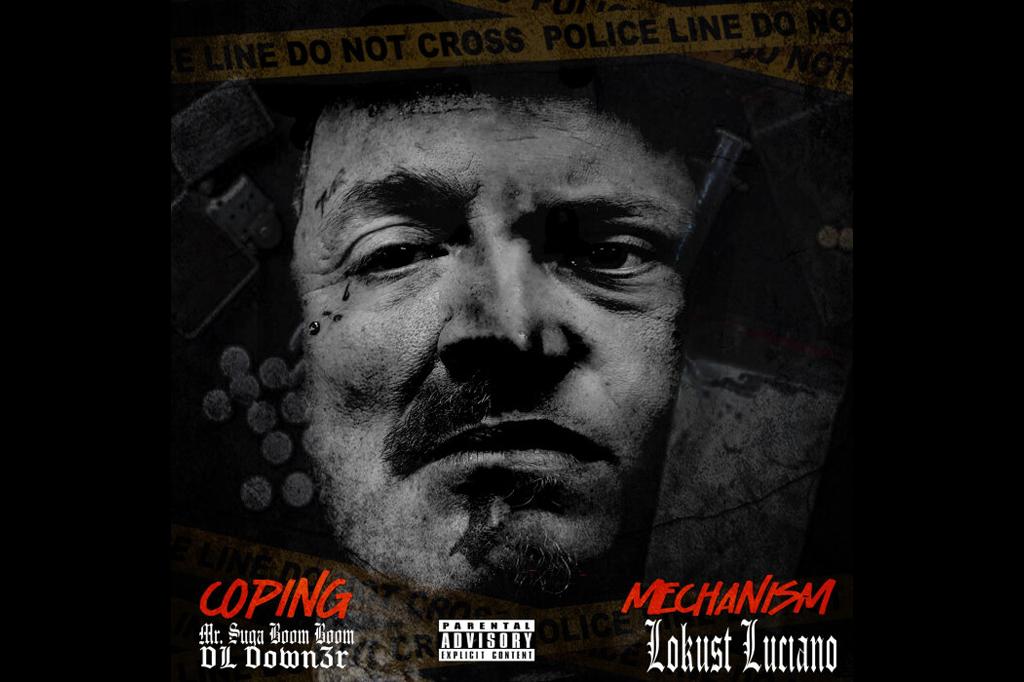 Lokust Luciano and DL Down3r have become closer and closer as time has gone on, and to cement this, they’re bringing us a hot new single! Presenting COPING MECHANISM!

This is a frank introspective piece, giving us all candid insight into what Lokust and Down3r have gone through. The song’s format manifests as Lokust telling the listener about his struggles with drug abuse, and the excuses he gives himself and others in order to continue using drugs as a crutch. Then DL comes in, and effectively sits Lokust down to have a serious conversation about the dark path he’s going down, from one friend to another, from one victim of drug abuse to another. The message of the song is clear: the problems that can be found in life are worth facing directly, when the alternative is avoiding them via drug abuse. Avoiding one’s problems through drug abuse is far worse than just facing them. It simply adds to the problems you’ll have to eventually work through or die trying, once the illusion is broken and it all comes crashing down. DL is known for songs like this, so it’s great to see Lokust teaming up and pitching in for this one too. This duo is making waves, and we’re looking forward to whatever they bring out next, whether it be a sombre song like this one, or a classic party anthem banger. But if you’re out of the loop, who are these guys?