KAY L AND STEPHEN VOYCE STAND AGAINST SYSTEMIC OPPRESSION! DIRT ON MY NAME! 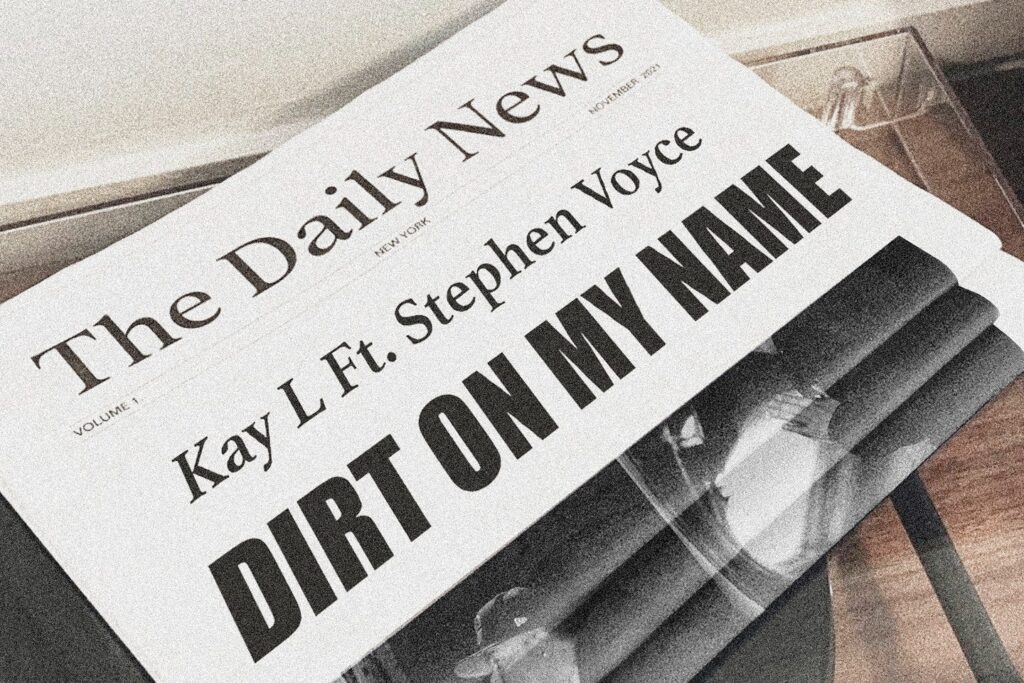 Kay L and Stephen Voyce are a duo that are becoming ever-more well-known as time marches on. They’ve teamed up for plenty of awesome bangers in the recent past, and this one is no different: Dirt On My Name is a deep-cutting slapper that tells it like it is, and shows fierce independence in the face of a rigged system. You can listen to it in the media players below.

The higher you stand above the rest, the easier it is for jealous people to put a target on your back. That sentiment can apply to petty drama and haters, but it can also apply to systemic oppression. That’s what this track is all about. If they think they can get away with it, people will drag your name through the mud if you have what they want. Dirt On My Name goes hard and spits based truths while keeping the instrumental and flow smooth. There’s some anger in here, but also some genuine sadness over having to deal with prejudice, something that is sure to be relatable to anyone who has experienced the social issues that this song is commenting on. The trap beat pairs well with the swaying melody and dejected lyrics, leading to a track that will have you nodding your head while you’re thinking about why the world is so wrong. Pensive tracks that have a lot to say are remembered for years to come for a reason. Let’s hope that in this case, it’s remembered as a time capsule, because all these social movements fighting for the rights of minorities are making a difference every day. Kay L and Stephen Voyce know this, and they’re here to speak out on what really matters, supporting your fellow human beings and not defaming based on prejudiced notions. “I see how they want it, lay down on your stomach, hands up or we’ll shoot, that’s just the way that they do”… the names of Kay L and Stephen Voyce can be dragged through the mud as many times as possible and they’ll still rise above it. That’s what we foresee.

After being acclaimed as the #1 opening act in Canada, Juno nominated artist Kay L has shown absolutely no signs of slowing down. He’s probably most known for his work with the group District 5, and his clever lyricism and intoxicating choruses. He has toured with the likes of: NAS, SNOOP DOGG, AKON, RIHANNA, FLO-RIDA, THE GAME, REDMAN & METHODMAN, ASHANTI, GINUWINE, SEAN KINGSTON, OBIE TRICE, MARIO, FABOLOUS, PITBULL, BOYZ II MEN, EVE, D12, JOE BUDDEN and many more! Kay L has also been able to extend his talents far beyond his stomping grounds to countries such as Jamaica, where he toured with “Drum n DJ”, a group whom he has experienced much radio success with. He’s established a sound that is nothing short of unique… So add him to your playlist and get ready to feel every high and low that his array of emotional tracks have in store for you, just like the anger and passion behind Dirt On My Name! You won’t regret the many different journeys ahead, as long as he’s with ya.

If you want to check out more of Kay L, his social media is the place to be.