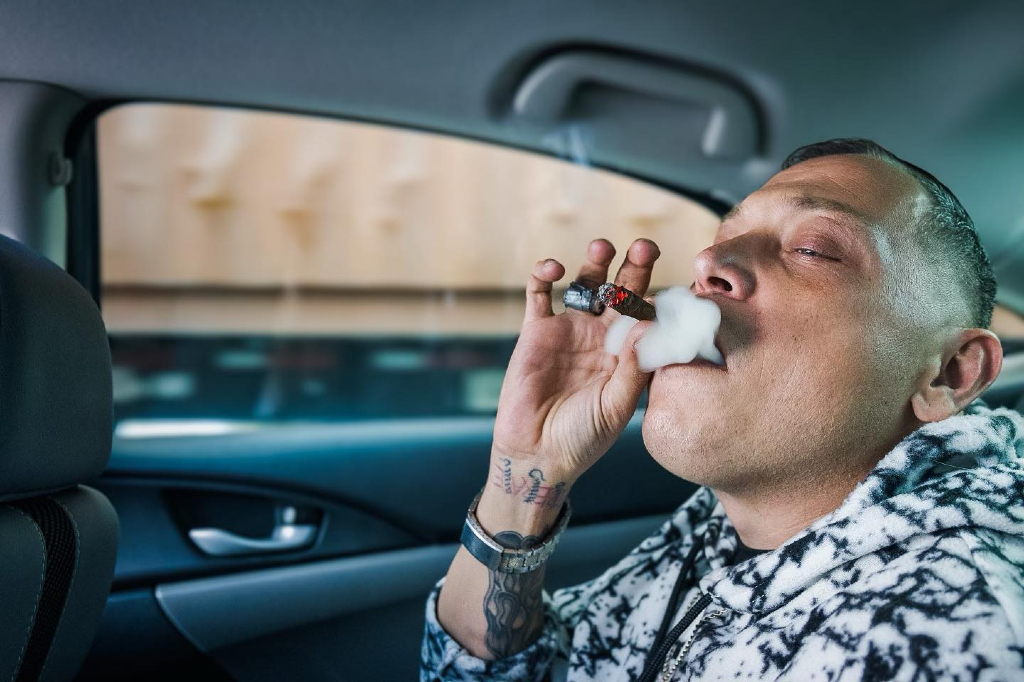 You may know him already from his collaborations with DL Down3r, but now the day is finally here! Lokust Luciano has signed up with our partner company Blue Pie as a proper artist on the catalogue roster. If you’ve only experienced his collabs with DL up to this point, you’re sure to get swept up in the quality that’s found in the rest of his work!

Lokust Luciano was born William Arciszewski on June 21st, 1988 as a premature baby, and diagnosed with Cerebral Palsy. He grew up in North Fort Myers and began writing poetry at the tender age of 9 years old. He is well known in the underground music scene for his production talent and lyrical delivery. He is the first rapper with Cerebral Palsy, and has been active in multiple facets of the Hip-Hop scene since 1998. He is also sometimes known by the handle “Crippled Kingpin”.

The adversities he has overcome are now a part of his personal aesthetic, showing his strength and sturdy sense of humour. His creative drive is unstoppable, and we’re sure you’ll agree when you see some of these hits that have been turning heads his way! There’s a veritable swarm of Lokust’s songs that will have you hooked from the first few bars!

And if you like that, there’s plenty more to come. Not just from the new partnership, but because there’s a new collab coming up! Check it out!

Yep, Lokust is back and he’s on the attack, and we’re all the more excited to see what him, DL, and Terion Davis have in store for us next! Whether there’s more collabs, more solo stuff or some wild third kind of release that Lokust has planned, there’ll be only one way to find it… on the one and only Lokust Luciano Spotify! We’ll see you there, and until next time, do what we’re planning to do… keep your ear to the ground for some spicy new releases from the Kingpin himself!